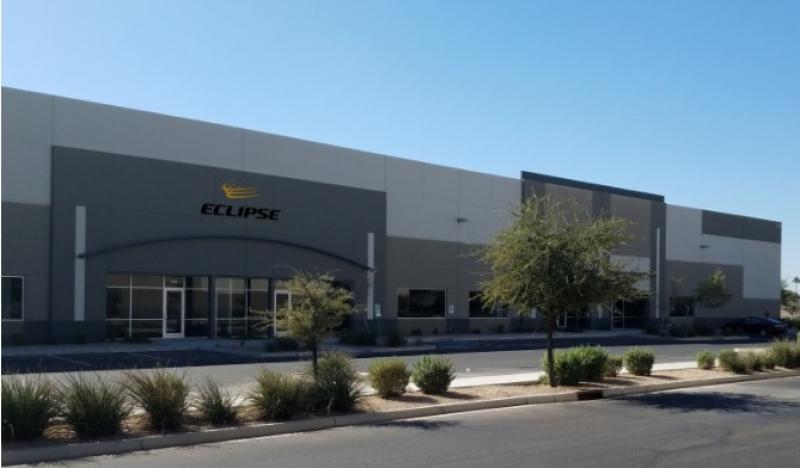 Eclipse Automation is proud to announce the addition of a new location in the Greater Phoenix area, Arizona U.S.A. to support its rapidly growing international business and its globally based customers. In addition to its existing facilities in California and North Carolina, Eclipse Arizona represents the company's third U.S. location.

Steve Mai, CEO and President of Eclipse Automation, explains: "Arizona is a strategic location in our growth strategy to further support our customers throughout the southwest market. The state of Arizona has proven to be investing in manufacturing and we feel it is a perfect location for us to continue to meet our goals as a company."

This expansion comes just months after the company announced the opening of a new facility in Cambridge, ON, Canada. The addition of these two new facilities and workforce growth will provide Eclipse's customers greater operational capacities and generate more business opportunities in the Western U.S. region and Mexico.

"Eclipse Automation has chosen a prime location for their new advanced manufacturing facility," Mayor John Giles said. "With easy access to valley freeways and nearby restaurants, west Mesa will provide a great setting for employees to enjoy their workday. Congratulations Eclipse Automation, we wish you the best of success."

When considering the site for its expansion, Eclipse Automation was drawn to the Mesa site due to the infrastructure in place, allowing the company to begin production at a faster rate. The local office of the commercial real estate brokerage firm Cresa helped manage the real estate during the site selection process.

"Eclipse Automation joins a growing number of advanced manufacturers who have expanded operations in the Greater Phoenix market as a way to attract and reach a growing customer base," said Chris Camacho, president & CEO of the Greater Phoenix Economic Council. "The site in Mesa will allow Eclipse Automation to go to scale in a market that is ripe with talent and a strong industry base, and we look forward to seeing their growth in the US strengthen."

"I'd like to congratulate Eclipse Automation on its success and thank them for selecting Arizona to support the next phase of their growth," said Sandra Watson, President & CEO of the Arizona Commerce Authority. "Our optimal business climate combined with our manufacturing industry strengths make Arizona the best place for Eclipse to scale its business globally. We also thank GPEC and the City of Mesa for their excellent partnership in the effort to bring Eclipse to Arizona."

About Eclipse Automation
Eclipse Automation is a leading supplier of custom automated manufacturing equipment for the Life Sciences, Nuclear, Transportation, Mining/Energy, Industrial/Consumer, and Electronics/ Telecommunications industries. Eclipse's recent local and global expansion as well as its significant workforce growth places the company in a prime position to be able to support customers worldwide.

About the City of Mesa
With a population of nearly 500,000, Mesa, Arizona is the 36th largest city in the United States and second largest in the Phoenix-Mesa metro area. Mesa encompasses 138 square miles inside a 21-city region that has a population of 4.3 million people, and is projected to grow to 6.0 million by 2030. Mesa is a vibrant city and a premier location for business development opportunities. Serving industry leaders such as Apple, Banner Health, Boeing, Bridgestone, Empire Southwest, MD Helicopters, Nammo Talley, Ulthera and more, Mesa is a smart location for intelligent companies. Visit www.mesaaz.gov/economic.

About the Greater Phoenix Economic Council (GPEC)
A true public-private partnership, GPEC is the regional economic development organization for Greater Phoenix. Working with its 22 member communities, Maricopa County and more than 160 private investors, GPEC attracts quality businesses to this dynamic region. By creating a high-performance economy through capital investments and jobs, Greater Phoenix companies enjoy a business climate where they can compete and thrive in today's global economy. Since 1989, GPEC has worked to achieve an economically sound and sustainable region. For more information, visit www.gpec.org.

About the Arizona Commerce Authority
The Arizona Commerce Authority (ACA) is the state's leading economic development organization with a streamlined mission to grow and strengthen Arizona's economy. The ACA uses a three-pronged approach to advance the overall economy: recruit, grow, create - recruit out-of-state companies to expand their operations in Arizona; work with existing companies to grow their business in Arizona and beyond; and partner with entrepreneurs and companies large and small to create new jobs and businesses in targeted industries. For more information, please visit azcommerce.comand follow the ACA on Twitter at @azcommerce.