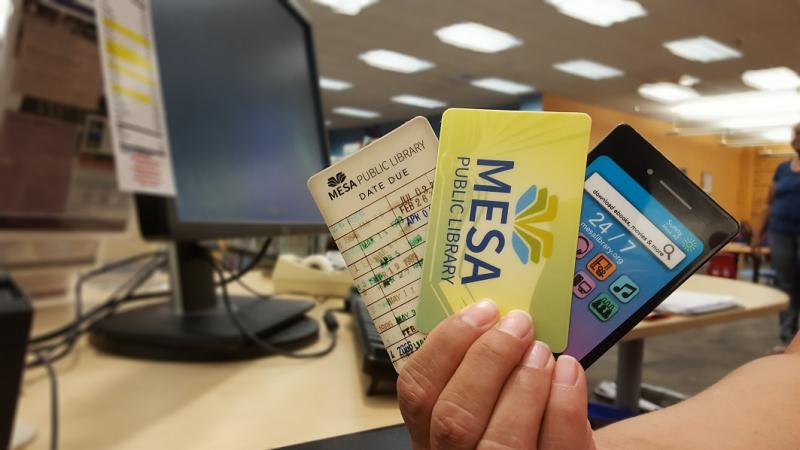 Did you know that the Mesa Public Library is one of the most popular spots in the City? The numbers speak for themselves, last year, they had 1.1 million visits and 2.8 million checkouts.

September is National Library Card Sign-Up Month, a time when the American Library Association and libraries nationwide join together to remind parents, caregivers and students that signing up for a library card is the first step towards academic achievement and lifelong learning.

During National Library Card Sign-Up Month in Mesa, current Mesa Public Library cardholders can exchange their old card for a newer design at no cost.

New members can visit the Library with a photo I.D. and register for a card. Lost cards can be replaced for free during National Library Card Sign-Up Month, usually a two dollar charge, as long as there are no fines or fees on the account.

There were 113 million attendees at public library programs in 2016, more than all Major League Baseball, National Football League, and NBA games combined. That's 16.5 million more than in 2013.

Americans go to public libraries more often than they go to the movies.

In 2016, there were 1.4 billion in-person visits to public libraries across the U.S., the equivalent of about 4 million visits each day. That's 2,664 per minute.