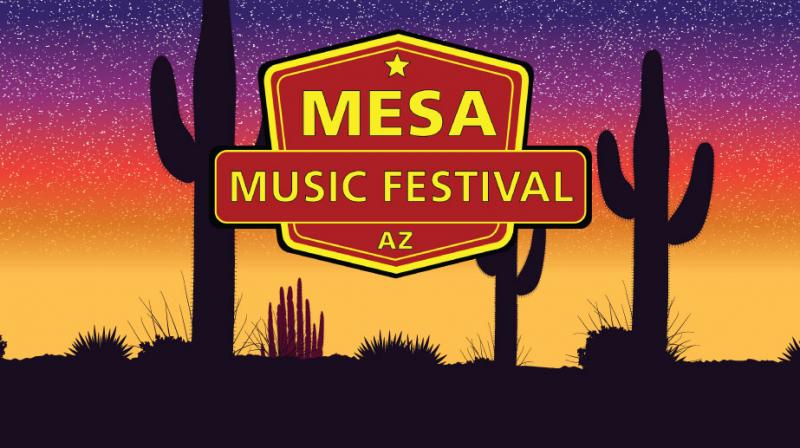 This weekend marks the fifth Mesa Music Festival in downtown Mesa! The FREE festival is Arizona's premier emerging artist event. Each year, hundreds of bands from across the county and beyond descend upon downtown Mesa to learn from some of the best and play a set. For lineup, schedule and venues, visit www.mesamusicfest.com.

It all starts Thursday, Nov. 14 with keynote speaker Jose Mangin at Mesa Amphitheatre. Mangin is the king of metal on SiriusXM and programmer behind Liquid Metal, Octane and Ozzy's Boneyard. He is also the former host of MTV2's Headbangers Ball, Latination TV and AXS-TV specials.

Before Mangin takes the stage, hear from Mark "Weissguy" Weiss, legendary rock photographer for Circus magazine who has photographed Tom Petty, The Rolling Stones, David Bowie and Bruce Springsteen, to name a few.

Reserve your FREE tickets at www.mesaamp.com. Doors open at 5 p.m. with Weiss at 6 p.m. and Mangin at 7 p.m.

On Friday, Nov. 15, music begins at 5 p.m. and The Jacks hit the main stage at 8:50 p.m. just north of Main St. and Macdonald. The Jacks are from Los Angeles and add modern elements to traditional rock and roll. They are currently on tour with their debut, self-tilted EP.

After a full day of symposiums for the bands, keynote speakers and two days of music in more than a dozen venues downtown the festival ends with a FREE show by Hoobastank on Saturday, Nov. 16 at 8:30 p.m. just north of Main St. and Macdonald.

Hailing from Agoura Hills, CA, the band is best known for their singles "Crawling in the Dark" and "Running Away," which led to their debut album "Hoobastank" going Platinum. The title track off their second album, "The Reason," reached #2 on the Billboard Hot 100 and #1 on the U.S. and World Modern Rock Charts.