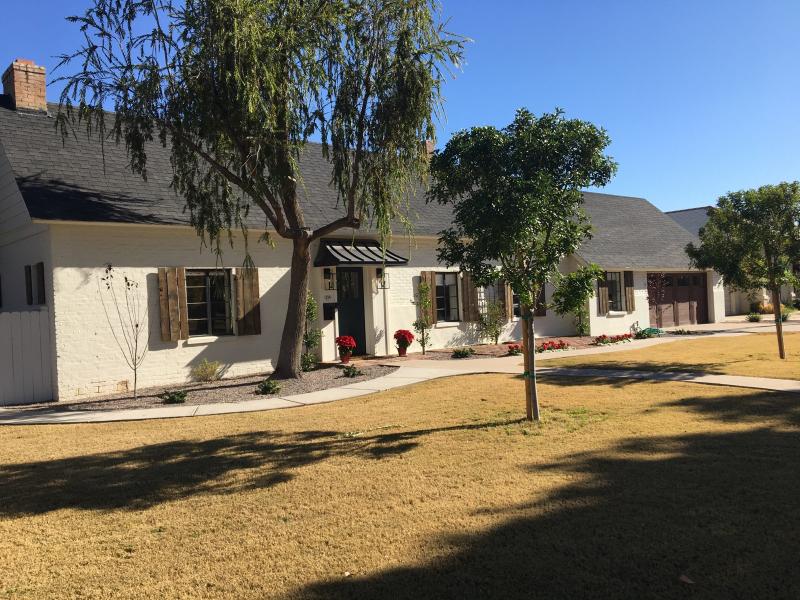 Mesa's Historic Home Tour, marking its 20th anniversary, will be held Saturday, Feb. 1 from 10 a.m. to 4 p.m. The tour will showcase approximately a dozen homes in the West Second Street and Evergreen historic districts, plus several special stops.

The Evergreen Historic District includes subdivisions platted beyond the original town site of Mesa. Listed on the National Register of Historic Places in 1999, this historic district is significant for its association with the development of a cohesive neighborhood of middle and upper class families in Mesa from 1910 to 1948.

Special stops on the Historic Home Tour will include the Sirrine House, Irving School, Mitten House and Mesa Women's Club.

Tickets are $20. Admission includes visits to the historic homes and buildings; free admission to the Mesa Historical Museum, 2345 N. Horne; a souvenir book and map of the tour locations.

Tickets are currently available online at www.mesahistoricalmuseum.com. Tickets will be available for purchase the day of the tour beginning at 9:30 a.m. at the Sirrine House, 160 N. Center St., and at the Mesa Women's Club, 200 N. Macdonald. All proceeds from ticket sales will benefit the Mesa Historical Museum.