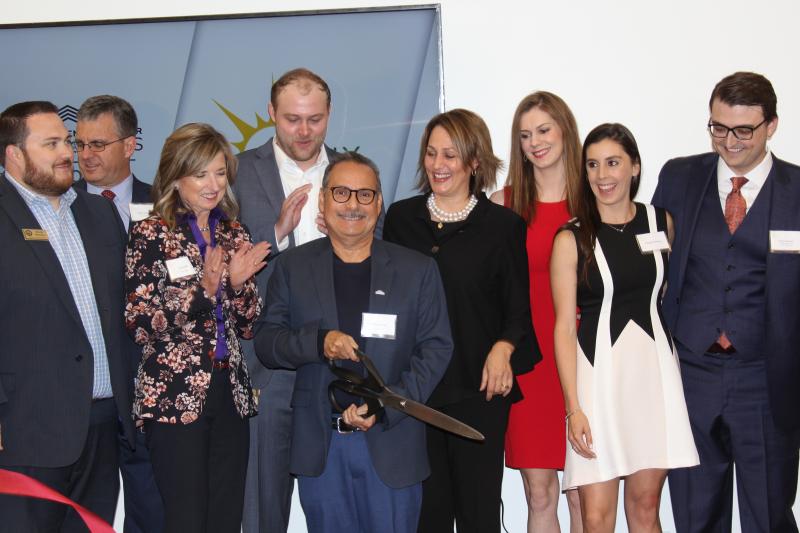 A ribbon cutting ceremony has been held for Urbix Resources' new headquarters, 3110 N. Greenfield Road, in the Falcon District of Mesa. The new 31,000 square foot facility will allow the company to expand its state-of-the-art graphite processing.

"Companies like Urbix are helping Arizona strengthen its reputation as the best place in the country to develop cutting-edge technologies," Governor Doug Ducey said. "Arizona's unbeatable quality of life, business-friendly climate and expanding skilled workforce continues to drive growth in research and development, bringing more jobs and opportunity to our state."

The number of jobs will accelerate as the company expands at its new facility. Ultimately, it might create as many as 100 jobs in both science and skilled labor fields.

"We're proud that Urbix Resources continues to grow and invest in Mesa," Mesa Mayor John Giles said. "They have made a real commitment to their future and the City of Mesa, which is a great endorsement of our business-friendly culture."

Urbix was founded in 2014 and was the first client at the downtown Mesa location of LaunchPoint, the Mesa Technology Accelerator whose mission is to stimulate the establishment and growth of small technology-based companies and other businesses in the east valley.

"This is a true Mesa success story, with Urbix beginning their journey at LaunchPoint and now opening this new headquarters in the Falcon District," District 5 Councilmember David Luna said. "They are everything we could want from a home-grown business; they invest in the area and create high-tech jobs for our City."

At the end of the current round of funding, more than $10 million in capital will have been invested in Urbix Resources from several funding partners.

"Congratulations to Urbix on the continued growth of its manufacturing operation in Mesa!" Arizona Commerce Authority President & CEO Sandra Watson said. "We could not be more proud to celebrate the success of an innovative company that was founded in Arizona. Urbix is advancing sustainable technologies that are revolutionizing energy storage and creating new jobs for our residents."

Once the facility has been completed, Urbix Resources will be one of the largest graphite purifiers in North America. The company takes an eco-friendly approach, avoiding the harsh chemicals and other non-environmentally friendly techniques used in the traditional methods to purify graphite. Urbix is the only company in the world that uses this greentech graphite purification method for lithium batteries used to store energy for electric cars and other uses.

"This is a fantastic moment in our young history. To see how this relatively small facility of just 31,000 square feet will have such positive impact in the U.S.'s Energy Storage Critical Mineral Strategy, and also in the world, is super motivating and exciting," Urbix Resources Chairman and Co-Founder Nico Cuevas said. "This is a huge milestone for us and we have plenty more work to do. We have an incredible team at Urbix and amazing support from the City of Mesa, the region and the state of Arizona."

In support of its eco-friendly approach, Urbix Resources was named Cleantech Open's Best Business Model in 2017. Cleantech runs the world's largest clean technology accelerator program, with the mission to find, fund, and foster entrepreneurs with ideas to solve our greatest environmental and energy challenges.