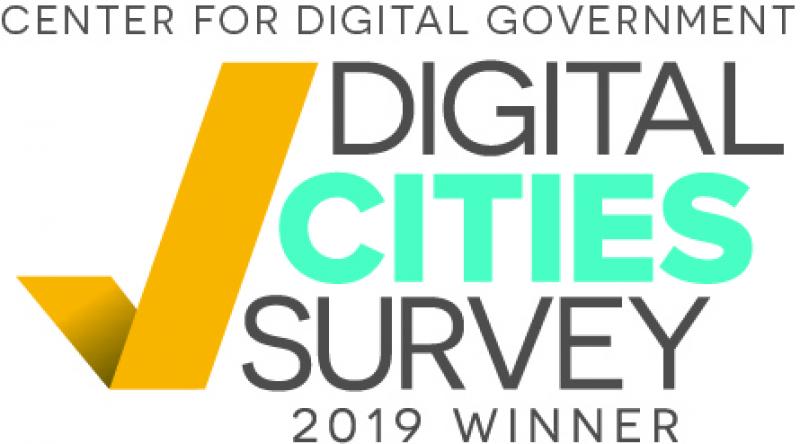 Mesa named one of top digital cities in U.S.

Mesa has made the top 10 list among cities with populations of 500,000 or more in the Center for Digital Government's 2019 Digital Cities Survey. Now in its 19th year, the annual survey recognizes cities using technology to tackle social challenges, enhance services, strengthen security and more.

"I am very proud of our employees who have collaborated to make the City of Mesa more secure, user-friendly, efficient and resilient," City Manager Chris Brady said. "Their dedication and innovative efforts are making technology a driver of better, smarter and more responsive government as our population continues to grow. This award is a great recognition of that."

Mesa placed 6th among cities in its category. San Diego was rated at the top of the list. Other cities in the top 10 include Los Angeles, San Jose, Denver, Dallas, Phoenix and Charlotte.

Creation of the comprehensive Smart City Master Plan in 2018, recognized as one of the City's forward-looking priorities for local government.

The Mesa Active Development Map, created by the City's Data Engineering and Analytics Team, is a way of being transparent with data including financial information and reviewing the progress of projects.

Data is also used to improve services, including the deployment of public safety resources. For example, the City used data from public safety calls to better assess which neighborhoods needed additional fire and police stations, with the goal of improving response times to emergencies.

Being proactive with cybersecurity, including mandatory awareness training for all employees.

To prepare a future IT workforce, the City is partnering with educational institutions, including shared services with Mesa Public Schools and paid internships to students from Benedictine University.

"The City of Mesa and the other top digital cities are taking the IT department far beyond the role of service provider," Mesa Chief Information Officer Travis Cutright said. "We are exploring creative ways to leverage our technology investments and redefining the role of the public-sector technology leader at the city level."

The top-10 ranked cities will be honored at an awards dinner during the National League of Cities' annual conference in San Antonio Nov. 21.