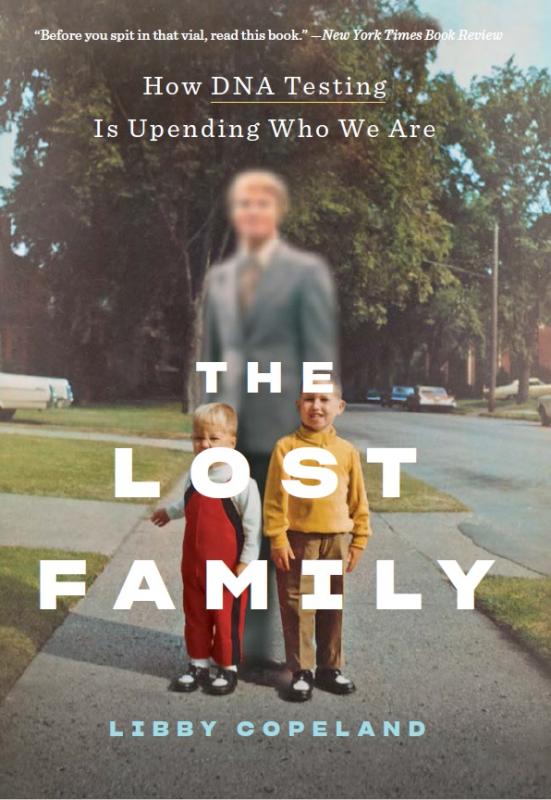 The Mesa Public Library is pleased to host a virtual book talk Wednesday, Sept. 30 from 2 p.m. to 3 p.m. with award-winning journalist Libby Copeland, author of the critically acclaimed book The Lost Family: How DNA Testing is Upending Who We Are. The Lost Family explores the rapidly evolving phenomenon of home DNA testing, its implications for how we think about family and ourselves and its ramifications for American culture broadly. More information and a link to the program can be found at www.mesalibrary.org/events. The program will be on Facebook Live.

Arizona played a vital role in the creation of home DNA testing, which celebrates its 20th anniversary this year - with 35 million Americans having been tested. Home DNA testing began in 2000, when FamilyTreeDNA sent out its first test kit. Initially, the Arizona Research Labs at the University of Arizona performed all testing for FamilyTreeDNA.

The Lost Family has received extraordinary reviews. The Wall Street Journal calls it "a fascinating account of lives dramatically affected by genetic sleuthing." The Washington Post says The Lost Family "reads like an Agatha Christie mystery" and "wrestles with some of the biggest questions in life: Who are we? What is family? Are we defined by nature, nurture or both?" The New York Times writes, "Before You Spit in That Vial, Read This Book."

Libby Copeland is an award-winning journalist and author, who writes about culture, science, and human behavior. As a freelance journalist, she writes for such media outlets as The Atlantic, Slate, New York, Smithsonian, The New York Times, The New Republic, Esquire.com, The Wall Street Journal, Fast Company and Glamour. She was previously a staff reporter and editor for The Washington Post for 11 years. A graduate of the University of Pennsylvania, she was a 2010 media fellow at Stanford University's Hoover Institution. Her article for Esquire.com, "Kate's Still Here," won Hearst Magazines' 2017 Editorial Excellence Award for "reported feature or profile."