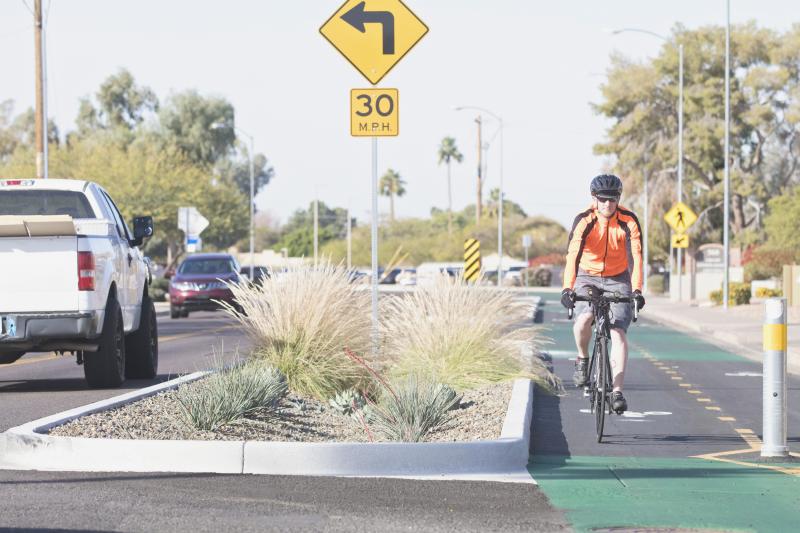 The City of Mesa's Bicycle & Pedestrian Program, part of the Transportation Department, is seeking community input on the cycling culture in the community. The annual survey is written to collect data on who is cycling in Mesa; what motivates them to ride; their concerns as cyclists and types of programming they look towards the City to provide to riders.

The survey is now open and will remain open through March 7, 2021 and can be accessed at https://www.surveymonkey.com/r/COMbikepedsurvey2019.

A Spanish language version of the survey is also available at https://www.surveymonkey.com/r/ESCOMbikepedsurvey2019.

Survey participants will also be entered to a random drawing for Downtown Dollar gift cards, redeemable at more than 40 Downtown Mesa businesses.

Projects such as Stadium Connector and the Mesa Gateway Shared Used Pathway had their design modified and improved based on residents' input, such as increasing the number of nodes and shade structures. Public input also prompted the installation of new amenities on existing facilities, such as lighting on pre-existing bike paths.